The Future is Here: Holographic Dances

We already discussed some new technologies such as virtual and augmented reality that are applicable in different fields, including dancing. Now it’s time to have a review of holographic technology that you have probably seen in many sci-fi movies, such as Star Wars, Star Trek, Iron Man and others. Is it a pure fiction and only special effects? How do holograms differ in real life? And the main question is – are they applicable for ballroom and Latin-American dances? We will describe different use cases of holograms in real life, including holographic dances with the stars at Madame Tussauds Museum, ghost waltz at Disneyland’s Haunted Manor and the Vocaloids holographic performances. And at the end of the article we will provide DIY instructions how to make a holographic projector from your mobile phone!

What is Holography and How it Works?

Holography appeared in 1940s, and frankly speaking holograms have already infiltrated into different areas of our everyday life and you definitely can find them around you. Just take your wallet and you will see holograms on most items: bank cards, driver's licenses, ID cards, passport, international visas, residence permits and many others. This kind of holograms are not very impressive. They are used as an extra security layer that protects from forgery and shows that the items are genuine. In such cases holographic sticker is a more advanced and expensive mechanism than water marks, however, they are usually used in combination to achieve better protection. 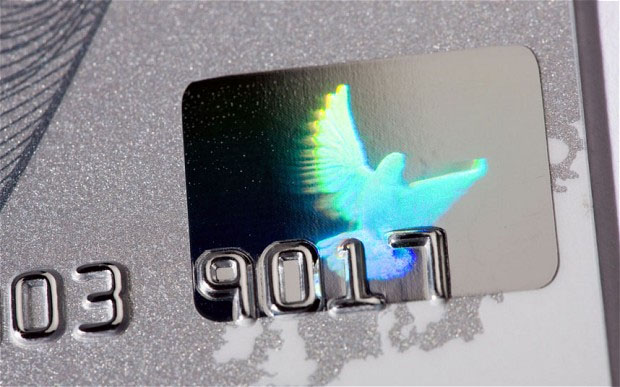 Holograms are used to protect from forgey, example of dove bird hjologram on Visa bank card 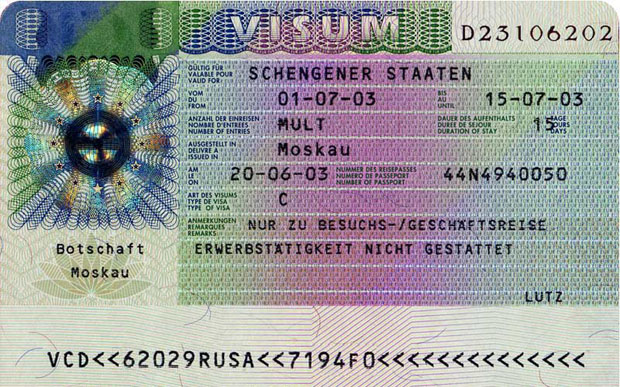 Example of hologram on Visa in international passport

These holograms are flat (2D), and can only change their colors and shapes when you move them back and forth. At first glance such holograms are similar to lenticular images (sometimes called stereo photography) – a technology in which special type of lenses called “lenticular” are used to produce printed images with an illusion of depth, or the ability to change or move as the image is viewed from different angles. First appeared in 1692, lenticular printing became popular in 1940s – 1980s. Nowadays you can buy different polygraphic products with lenticular images: posters, greeting cards, bookmarks, calendars, etc. Besides, some 3D displays also use lenticular lenses. However, despite of some similarity in their look, holograms and lenticular images are completely different. Holograms provide higher quality and resolution (almost perfect), and besides, holograms can be truly 3D – the most fascinating type of holograms that we will discuss further on.

Lenticular images are popular in advertising. A classic example – McDonalds, when the poster changes as you move around it. 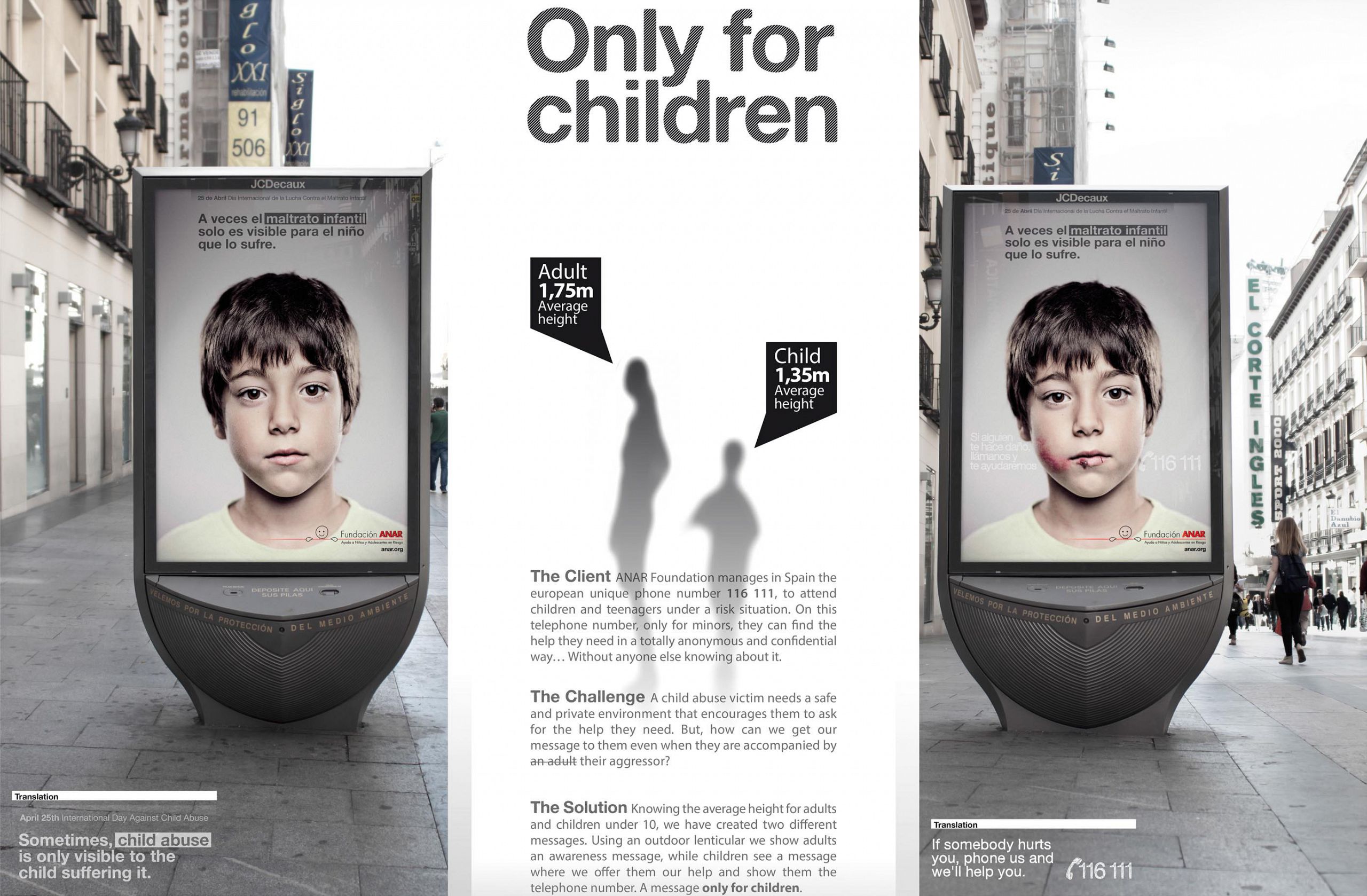 A 3D hologram is what some people call “a true hologram” – it’s what we see in movies. It’s absolutely precise three-dimensional projection of real objects. You can literally feel the how it occupies the space in front of you, and you view it with your bare eyes – there’s no need for any extra devices or peripherals, such as 3D glasses. If you look at these holograms from different angles, you see objects from different perspectives, just like you would if you were looking at a real object. It’s much more realistic than 3D cinema. However, such holograms are very difficult to create and display: they require a full 3D scan of original object, and the final hologram should be illuminated with lasers or displayed in a darkened room with carefully directed lighting. But the result is worth it!

Holograms in Movies and Clips

When we talk about holograms, the first thing that probably comes in mind is the movies and clips. They use holograms:

As alternative to Skype sessions and web conferencing: holograms show 3D avatar of the user and achieve a maximum “presence effect”. Such technologies are being developed today, but still they face lots of problems that are not solved yet. The main problem is the network bandwidth: holographic web conference requires a huge amount of data to be captured and transferred that exceed the available capacity of today’s networks. Besides, lots of CPU power is required for capturing the speaker and rendering its hologram at recipient’s end. Currently only static holograms can be used for remote projection, live streaming is not available yet. Dance class for ladies in 3D? May be it will be available in the near future!

Projections of 3D objects, such as interactive maps. For sure holograms give more visual information and are very effective for presentations, demonstrations, planning and discussions. Visualization of such holograms that were created beforehand is already available now. Of course, the tools and software required to do it is quite complicated, but in the near future it could be as simple as creating a PowerPoint presentation. 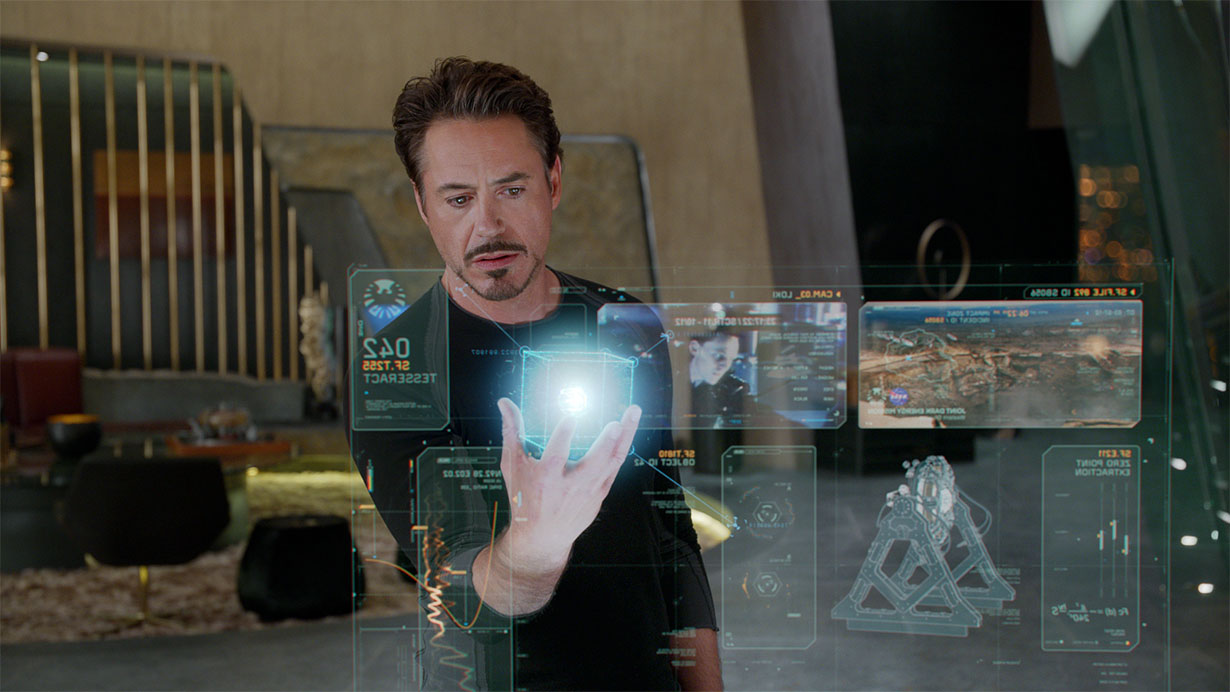 Holographic interfaces – it’s a superior version of virtual reality interface that allows to control the computer without mouse and keyboard. Making gestures with your hands in the air looks cool, however, it may be not practical. First of all, it’s quite difficult to wave your hands for a long period of time, because the arms get tired quickly when raised. Besides, operating with hands in such manner is less effective than using keyboard, especially for typing text or doing other work-related tasks. However, for computer games, it could be a breakthrough technology. Unfortunately, it’s still only the idea of movie’s directors: currently we are too far from making something even close to it in real life.

Anyway, what you actually see in movies and clips – it’s not technically a hologram, i.e. it’s montage, special effects and computer rendering that makes it look as a hologram.

The museums of Madame Tussauds are well-known for their realistic wax figures of celebrities, movie stars and famous people. It’s a good place to take photos and make selfie with Angelina Jolie, Arnold Schwarzenegger, Nicole Kidman and fictional characters such as Spiderman, Batman and others. The first museum appeared in London in 1835, and today it has branches in number of major cities in the world.

As the progress goes on, the old-fashioned museum tries to implement new technologies of the digital age. As a result, they opened a holographic celebrity dance theatre in Tokyo’s Madame Tussauds, Japan. 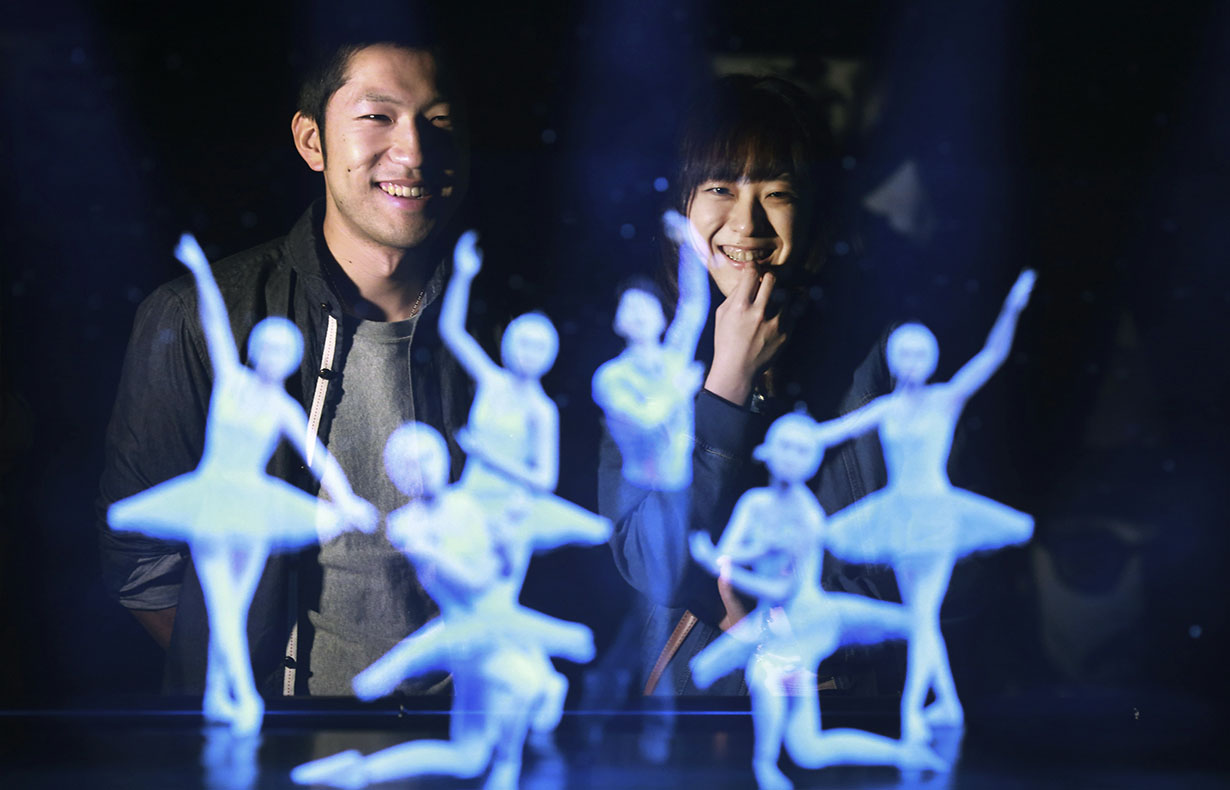 Tomoaki Ishizuka and Yurika Yonekura watch the hologram of actor Leonardo DiCaprio, center, with other dancers at the newly opened Hologram Dance Theater at Madame Tussauds in Tokyo, Thursday, April 28, 2016. 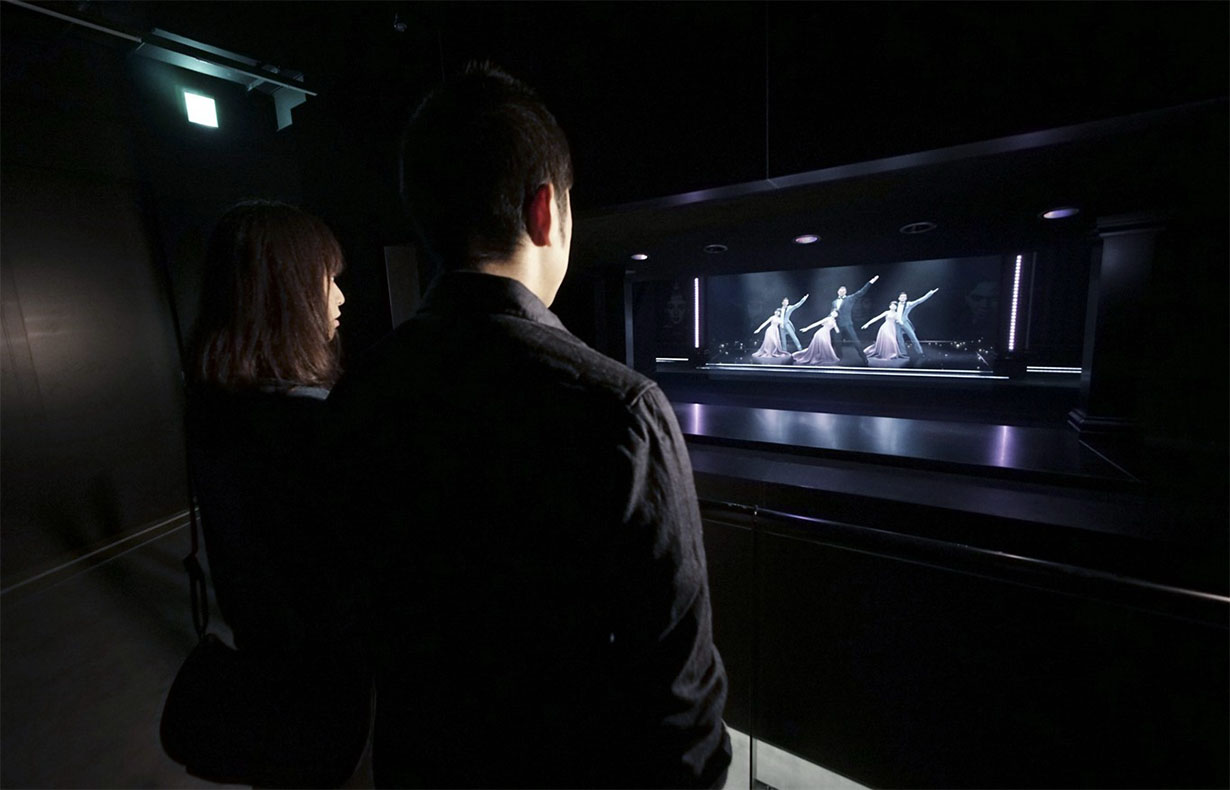 Madam Tussauds in Tokyo launched an attraction allowing visitors to virtually join a 3D world where they can dance with holograms of celebrities such as Brad Pitt, Leonardo DiCaprio, and Lady Gaga.

Visitors can waltz and disco with Leonardo DiCaprio, Brad Pitt, Lady Gaga, Beyonce and Marilyn Monroe, or pirouette in a “Swan Lake” ballet with Olympics figure skating champion Yuzuru Hanyu. Participants get a 3D face scan, which is transposed onto a hologram dancer for the 90-second presentation. Museum General Manager Toshi Endo said the current roster of three dances and six celebrities will expand by midyear.

Video of dancing holograms of stars and celebrities in Madame Tussauds Museum, Tokyo. 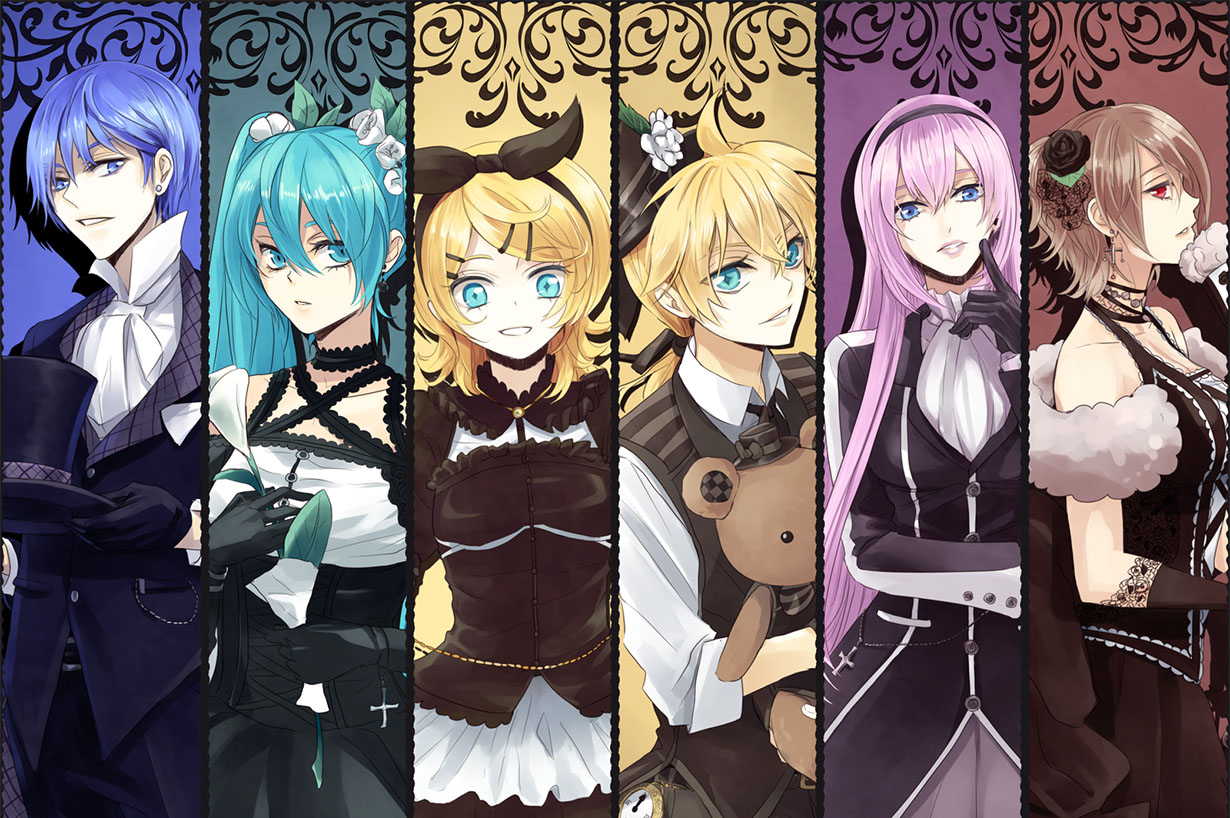 Vocaloid is a singing voice synthesizer, developed in 2000, it became a commercial product of Yamaha Corporation. Crypton Future Media gave a great popularity to Vocaloid after it developed a virtual singer named Hatsune Miku (literally translated as "the first sound from the future"). It’s a humanoid persona voiced by the Vocaloid software. Hatsune Miku is portrayed as a 16-year-old girl with long, turquoise twintails with invented biography and personality. Her voice is modeled from Japanese voice actress Saki Fujita. Hatsune Miku has performed at different music videos and clips, besides at her real concerts onstage as an animated projection. Some of such projections were holographic to achieve the most realistic effect and gather more audience.

Hatsune Miku is the first Vocaloid.

Hatsune Miku became very popular among Japanese fans and people from many countries all over the world. After such success the word Vocaloid started to label such virtual singers. After initial release of Hatsune Miku in 2004, she was improved and updated several times. Besides, other Vocaloids were created.

Disneyland was probably the first attraction who made the holograms widely available for the public. The parks opened world-wide with millions of visitors showed the holograms to many tourists. The Disneyland is a huge themed park, which is unique in each country. However, it has some “core attractions” that are shared between most of the parks. One of them is the Haunted Mansion (Phantom Manor), which is available in USA, Paris and Tokyo, and probably in other parks, too. It’s a horror house full of ghosts, skeletons, witches, evil and mysterious creatures. Besides, it has two amazing holographic locations:

Below is a full video of the Haunted Mansion of Disneyland. The ghosts dance is at position 03:43 and the heads are at position 05:50. You can rewind to these positions if you don’t want to view the whole video.

How to Use Your Smartphone to Project Holograms? 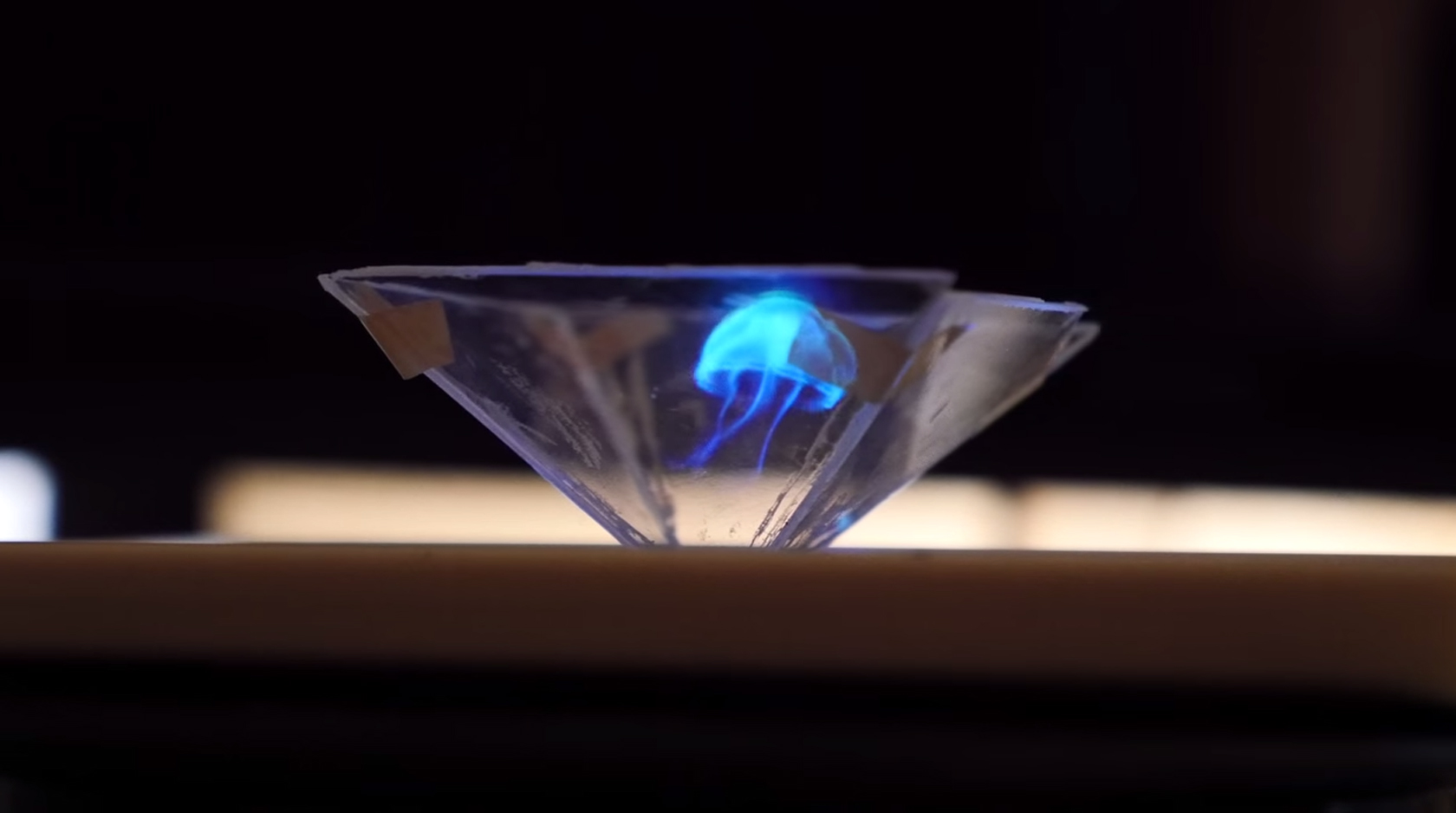 Ever wondered how to make a 3D hologram? Follow these simple steps to create a simple hologram using your smartphone. Using a smartphone and basic household materials you can project a ghostly 3D image floating about the phone's display, simply by playing a specialized four-way holographic videos (which are available on YouTube).

How to make the 3D holographic projector? 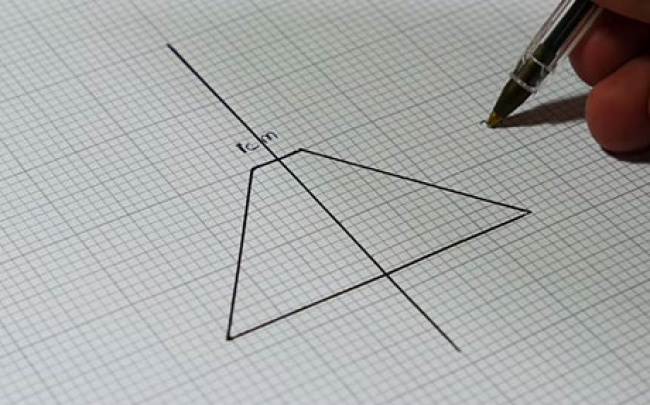 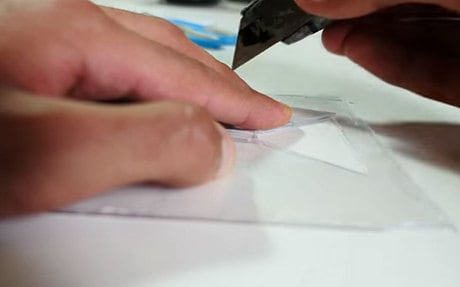 2) Snap off the shallow sides of the CD case and carefully trace around the paper template to cut the shape into the transparent plastic. Repeat four times. 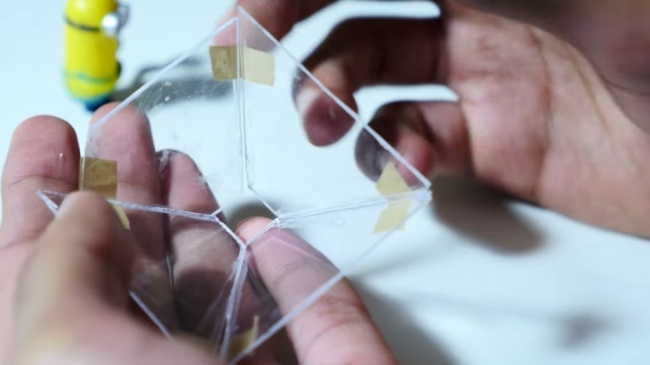 3) Tape the four shapes together, with the longest sides facing the top of the structure. 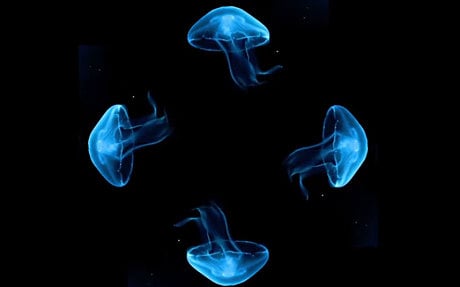 4) Select the holograph-specific video you'd like to project - this is a good example. 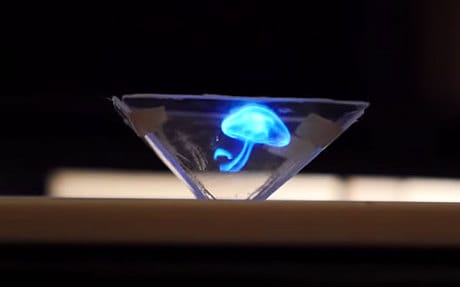 5) Place the shape over a video playing on your smartphone to create a mirrored, 3D hologram.
Video instruction how to make a holographic projector from smartphone. 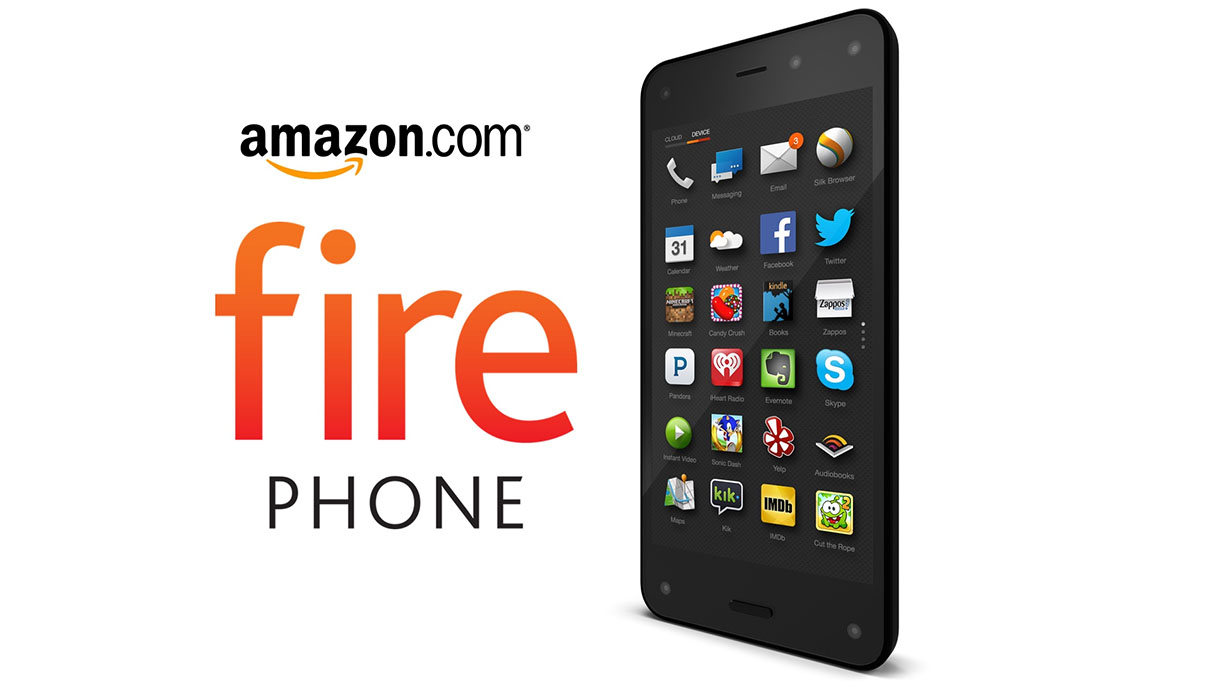 Holograms have yet to fully make the leap from science fiction to mainstream consumer use. Amazon's Fire Phone was touted to be the first smartphone with fully holographic capabilities, thanks to four ultra-low power specialized cameras and four infrared LEDs within the display. The resulting effect is more of creating the impression the image you're looking at is shifting as you move your head, rather than a projected image. The technology actually has nothing similar to real holograms. It’s rather a dynamic perspective rendering that tracks the position of your head and renders the graphics accordingly. Actually the device uses a standard 2D display. 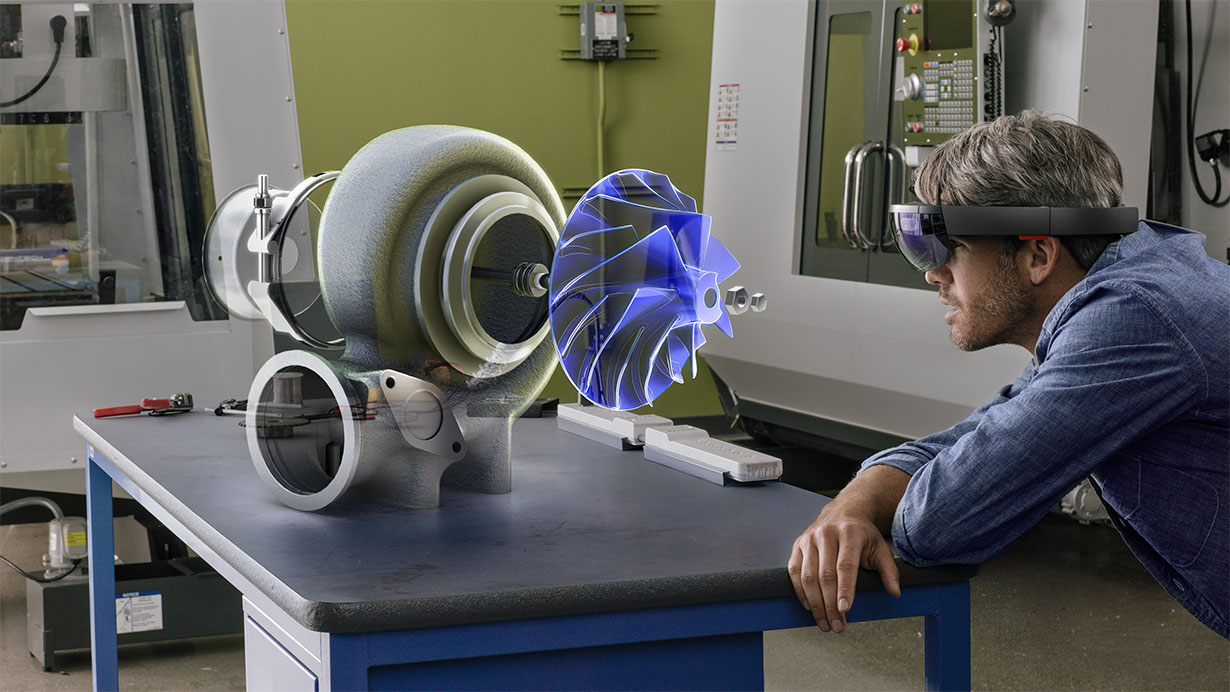 Microsoft unveiled its augmented reality headset HoloLens, which overlays holograms into your real-time environment. Users can create their own holograms within the company’s HoloStudio and 3D print the finished result. However, this technology is still in early beta and is not released yet. It’s rather an augmented reality technology than a hologram, but still it looks promising. Watch the video below.

The HoloLens vision from Microsoft

Holograms is a great technology, however, you will get the most pleasure from dancing with a real partner. Besides, holograms can’t teach you dancing, but we can. Our dance studio in Dubai offers a wide range of dance classes for adults and kids, with real professional dance teachers and effective educational programs and courses. Ballroom and Latin dances, private and group dance lessons, special training for international dance competitions, wedding dances, dance fitness – these activates and many others are available for you. We have different options regarding the time table and schedule, dance lessons packages, certificates, etc. Please, contact us to get more information.